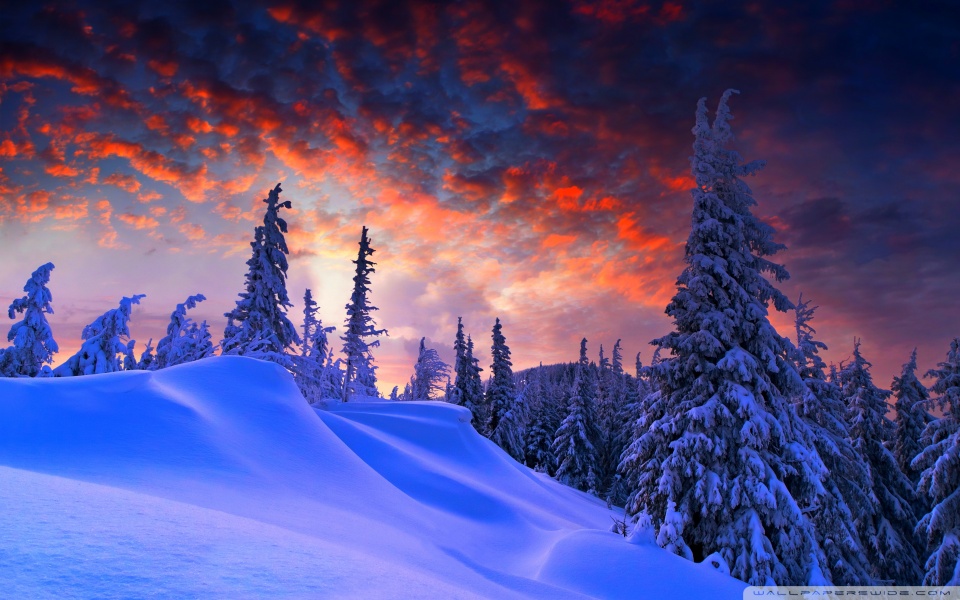 During the last week of November, my thoughts began to turn towards preparing for this Sunday’s reflection and for the coming Advent Season. , During that week, I received a Face Book posting from a friend, James. The images contained in James’s posting reminded me that Advent is not a time for preparing to celebrate something that happened two thousand years ago. Rather, it is a call to open our minds and our hearts to the presence of Jesus born into our world today.

As I pondered, I felt called to share a modern-day story. A story loosely modeled on our scripture passages, this Second Sunday of Advent. You might want to close your eyes as you listen, but there will be a few pictures on the screen as the story unfolds, so I will let you know when to open them to take a peak.

Of course, like many good stories, we begin with “Once upon a time…

…in the 66th year of the reign of Elizabeth II, when Justin Trudeau was Prime Minister of Canada, and Doug Ford was Premier of Ontario, when Jim Watson was mayor of Ottawa, during the papacy of Francis and in the time of Terrance Prendergast as bishop of Ottawa, the word of God came to the people of Saint Joseph’s Parish in Sandy Hill. And it was as though they saw John the Baptist standing right there before them, speaking and proclaiming the words of the prophet Isaiah:

A voice of one crying out in the desert: “Prepare the way of the Lord, make straight his paths. Every valley shall be filled and every mountain and hill shall be made low. The winding roads shall be made straight, and the rough ways made smooth, and all flesh shall see the salvation of God.”

And the people of Saint Joseph’s went out from the Sunday mass on that Second Sunday of Advent, back to their homes throughout the whole region of Ottawa and even beyond to prepare the Lord’s way and to seek the Lord’s face and presence in their midst… 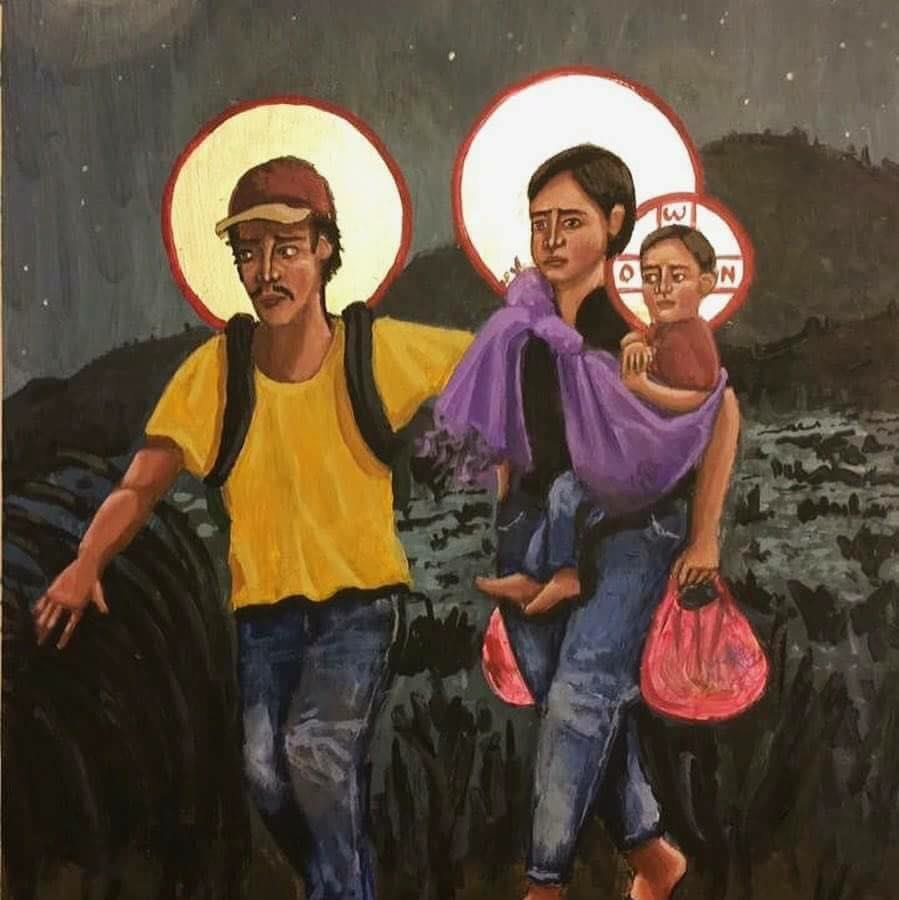 One evening, later that week, a parishioner met a young family walking. Clearly they were poor, and certainly not dressed for the weather. Who are these people she wondered? What are their names? She tried to imagine what they might be thinking. Are they nervous, afraid…hungry? Where are they going? Do they have a home here in the city? Are they looking for a home? It’s a young family…a father, mother and a little boy… for an instant, she thought of another young couple many years ago fleeing from a wicked ruler to save their son’s life… Should I speak to them, she wondered? Do they need my help? She hesitated, because she was already late for dinner with her own family… 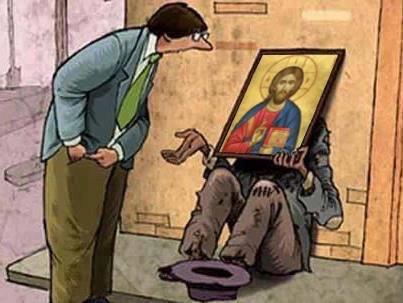 The next morning, another Saint Joe’s parishioner was walking to work. Each day as he approached his workplace, he saw a man, sometimes alone, sometimes with another. He’s probably homeless. Says he needs money for food, but will he just use it for drink or drugs or cigarettes? Maybe I should help him find his way to the Saint Joe’s supper table? Or the men’s mission? And just a block before, another young guy comes up asking for money too. He looked a lot better off…why doesn’t he get cleaned up and look for a job? Or get connected to an agency to help him with some training? All these homeless people make me nervous… I’d like to help, but I need to get to work. 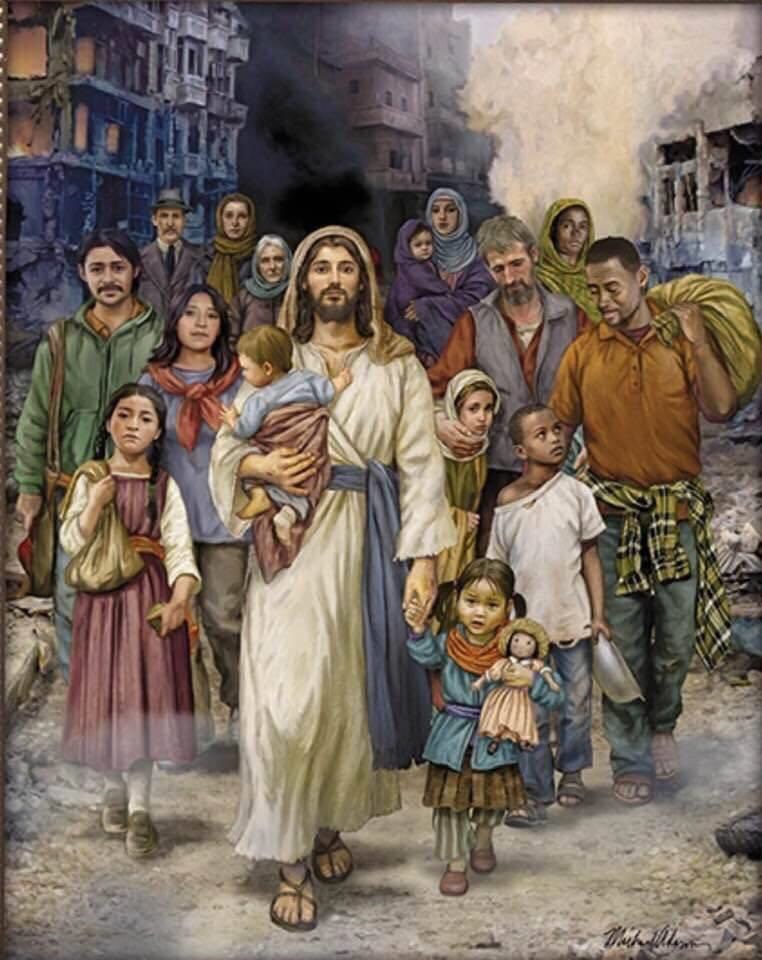 That night, a couple was watching a TV program about climate change refugees. The couple had been St. Joe’s parishioners for many years and was recently retired. Just last spring they purchased a time share in Mexico and were looking forward to escaping winter for a few weeks every year. The TV program showed scenes of hundreds of people leaving their homes in regions where it was now too hot and dry to live. What are they thinking, the couple asked. How are they feeling? Where will they go? Should Canada welcome some of them? Is our own carbon footprint making this situation worse? But there are so many contributing factors here…what can we do?

And as the days of the second week of Advent unfolded, the parishioners of Saint Joseph’s realized that it is not always easy to see God in each person and to respond to God’s presence in each situation–to make straight paths, to level the valleys and lower the mountains and hills. But they were encouraged by one another’s faithfulness and the small acts of kindness and compassion and caring of everyone in the community. And so, they were strengthened in their resolution of that second Sunday of Advent to continue their journey. To continue to seek the face of God in all those that they met each day–whether at home, or at work, or on the street, or wherever else they might find themselves.

And in doing so, they knew that it would be a good Christmas–one that would last the whole year through.

And so ends the story…or is just beginning?