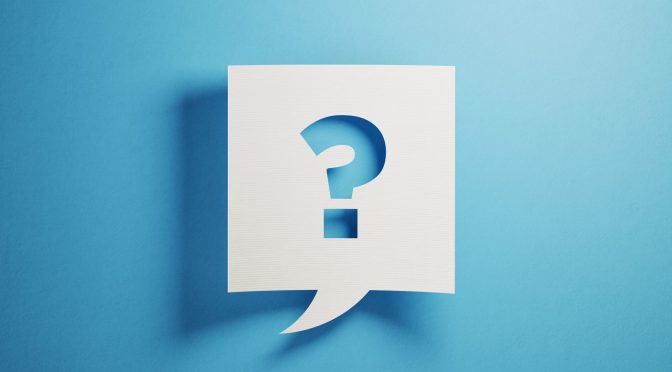 The following questions and answers regarding Indian residential schools and the role of the Missionary Oblates of Mary Immaculate are provided by OMI Lacombe Canada, the Province that administers St. Joseph’s Parish.

Who are the Oblates?

a. The Missionary Oblates of Mary Immaculate are members of a Roman Catholic religious community of priests, brothers and lay associates. Founded in France in 1816 by St. Eugene de Mazenod, their first foreign mission was to Canada in 1841.
b. Today, there are three “provinces” of Oblates in Canada: Notre-Dame du Cap (HQ in Richelieu, QC), Assumption (Toronto) and OMI Lacombe Canada (Ottawa). Oblates serve in parish ministry from British Columbia to Quebec, and in the North, as well as offering spiritual direction in retreat centres and other ministries.

Did the Oblates run Indian Residential Schools in Canada?

Yes, due to the long history of Oblate presence with Indigenous peoples in Canada since their very arrival, the congregation opened and administered Indian Residential Schools across Canada. There were four churches in Canada that historically accepted government invitations to open and administer Indian Residential Schools: Catholic, Anglican, United (Methodist) and Presbyterian churches. Roman Catholics established over 70 of these 130 schools, and Oblates ran the majority of these schools.

Have the Oblates apologized for their role in developing and maintaining the Indian Residential School system in Canada?

Yes, the 1,200 Oblates ministering in Canada were among the first faith communities to formally extend an apology (oblate_apology_english), in 1991. Their apology reads, in part: “…we wish to apologize for the part we played in the setting up and the maintaining of those schools. We apologize for the existence of the schools themselves, recognizing that the biggest abuse was not what happened in the schools, but that the schools themselves happened . . . that the primal bond inherent within families was violated as a matter of policy, that children were usurped from their natural communities, and that, implicitly and explicitly, these schools operated out of the premise that European languages, traditions, and religious practices were superior to native languages, traditions, and religious practices. The residential schools were an attempt to assimilate aboriginal peoples and we played an important role in the unfolding of this design. For this we sincerely apologize.”

Did the Oblates run the Kamloops Indian Residential School where unmarked gravesites of 215 children were discovered in May 2021?

Yes, the Oblates administered and taught at this school, from 1890 until 1969.

Have the Oblates issued any statement about the revelations at the Kamloops Indian Residential School?

Why have the Oblates refused to release their records so as to help identify the remains found?

a. The 1991 Oblate apology committed to “an effective process of disclosure vis-à-vis Residential Schools.” Although complicated, because there are several categories of archival material, the Oblates have worked diligently to live up to their obligations to make their archived material available. They believe they have done so in good faith and are prepared to do more.

b. What about the Codex Historicus?
There has been particular concern recently expressed about one category of documents called the “Codex Historicus”. These contain semi-regular entries written by missionaries over the years, which may or may not contain helpful information about schools. Since 2015, these documents have been available and in the care of the different public curators of various Oblate Archives. What has not happened is the additional technical work of drawing these together in a consolidated format as had been requested by National Centre for Truth and Reconciliation. As a concrete expression of commitment to the process that is currently developing, and to the urgent need for the full truth, the Oblates are prepared to begin work immediately, and at their expense, to have that consolidation work done. Meanwhile, the codex historicus will continue to be available through the public curators. In the case of the Kamloops Residential school, that would be the Royal British Columbia Museum, Oblate documentation includes personnel files, which are naturally subject to privacy requirements by law.

c. What about documents held by the Vatican?
We have found no record of our residential school files being sent to the Vatican.

The Truth and Reconciliation Commission has records of 51 children dying at the Kamloops IRS. 215 bodies were discovered. How do you explain that?

At this point, there is not a clear explanation. The NCTR, as you said, has identified 51 children as having died at the KIRS, clearly there is a significant discrepancy between their records and what was found by the Tk’emlúps te Secwépemc First Nation. We will continue to work with the Tk’emlúps te Secwépemc First Nation, through the RBCM, who curate our archives, in the search of understanding this distressing discrepancy.

Why did the Oblates not take seriously all these years claims that there were bodies buried on the grounds?

a. We were wrong. We should have investigated what was said. Our deafness contributed to the suffering that many have experienced and to the anger that many are expressing.

b. With the residential schools we administered, we commit ourselves to giving the support we can in the identification of possible burial sites and the names of the children.

You have expressed sadness and regret in your media release. Why have you not apologized to the Tk’emlúps te Secwépemc First Nation?

We expressed sadness and regret. Fr. Ken Thorson reached out to Chief Rosanne Casimir with the intent of offering his personal apology for the part the Oblates played in colonization, but especially in this tragic history.

Why has the Canadian Church not apologized for its role in the residential schools and the cultural genocide that took place?

The Oblates were most involved in the residential schools, so it was incumbent upon us to apologize for our part. We lead the way with our 1991 apology. We invite the broader church to join us. They were part of TRC process. We hope the whole Canadian church enters into this process with humility.

For years, there have been very strong calls for the Pope to apologize for the Catholic Church’s involvement in residential schools. Will you join your voice with those who are asking for this?

Oblates believe that such a visit would be a great blessing for Canada, and an important step in the healing journey of many Indigenous people, especially residential school survivors. Oblates continue to hope and pray that such a visit happens soon, and that such an apology be delivered by the highest levels of the Canadian and worldwide church.

Archbishop Miller has said the Vancouver Archdiocese will contribute funds to help search other sites. What financial commitment are the Oblates making to help with the discovery of possible remains at other school sites?

We want to be responsible to our own history and involvement with residential schools … but we are one part of the church. We thank Archbishop Miller for his leadership and commitment. We would like to join with them and others to the extent we can. This process is just beginning. As this work is unfolding, we will need to continue to assess what we bring to the process with our best intention.

Canada’s Truth and Reconciliation Commission presented its Final Report in May 2015. Have the 94 Calls to Action, some specifically directed towards faith communities, been acted upon by Oblates?

Oblates participated in the Truth and Reconciliation Commission’s work. OMI Lacombe Canada’s provincial superior, Fr. Ken Forster OMI, upon invitation to the national event held in Edmonton in 2014, offered a gesture of reconciliation in terms of a renewed apology. Today, Oblate representatives participate in the Catholic church’s Our Lady of Guadalupe Circle, which was established in 2016 with the mandate to “To assist Catholics in engagement with the Truth and Reconciliation process and its Calls to Action.” Oblate representatives are also engaged with other faith communities in coalitions such as KAIROS and Faith in the Declaration, where education and action campaigns are initiated (such as support for passage of Bill C-15 – An Act respecting the United Nations Declaration on the Rights of Indigenous Peoples – a specific demand in the TRC’s Call to Action #48.)

What more will the Oblates do to take concrete action towards reconciliation, justice and healing?

Oblates will continue to accompany Indigenous communities across Canada in supportive ministries on the ground. Oblate retreat centres will offer educational events on Indigenous justice themes, on-line and eventually in-person, so that our community can grow in understanding and social action. The Centre Oblat: A Voice for Justice will help Oblates and those with whom we minister move into advocacy strategies towards fulfilling the TRC Calls to Action in Canadian society.

Will the Oblates pay compensation?

The Oblates undertook our share of the compensation obligation under the Indian Residential Schools Settlement Agreement and have met that in full. We are now exploring ways to further support the ongoing process of Truth and Reconciliation and, as I have said, we will do our part.

One thought on “Questions & Answers: Indian Residential Schools and the Missionary Oblates of Mary Immaculate”